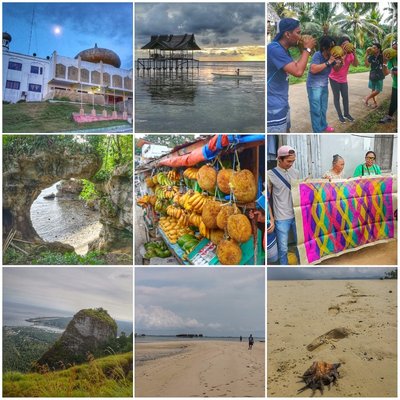 Traveling to Tawi-Tawi had been sent to the back burner for years due to news about kidnappings and unrest on that part of the Philippine Archipelago. But this plan resurrected when a friend registered for the 2nd Bongao Ultramarathon. I asked the help of a friend to book my accommodation as I had absolutely no idea of what kind of accommodation they had "out there".

The plan was simple:

1. fly to Bongao and go around town to see what's what;
2. support my friend's run;
3. climb Bud Bongao and feed the monkeys; and
4. step on the country's longest sandbar

1. FLY TO BONGAO AND GO AROUND TOWN TO SEE WHAT'S WHAT AND SUPPORT OUR FRIEND'S RUN

My friends and I flew in from Zamboanga to Bongao's Sanga-Sanga airport on the early Cebu Pacific flight to be met by a colorful group of traditional dancers. We arrived in time for the opening of the Tourist Assistance Office located right outside the airport. The mayor himself was there and an Imam offered prayers before the ribbon cutting. What a nice way to start our Bongao Adventure. After a little bit of taking pictures and talking with our guide from Layag Tawi-Tawi Tour Services, we proceeded to our hotel, Rachel's Place Hotel & Restaurant, located right in the center of town.

We were kept busy trying to cram as much experience as we can during our short stay in Bongao. Having engaged the services of Layag Tours made our trip easy to manage and made the most of time we had available to us. I would suggest that if you only have limited time, to do the same thing as we did. Wadz Ali, our guide from Layag Tours was a fount of information and since he was a local, we had an easy time traversing the otherwise thorny landscape that was the community of the Bajau. 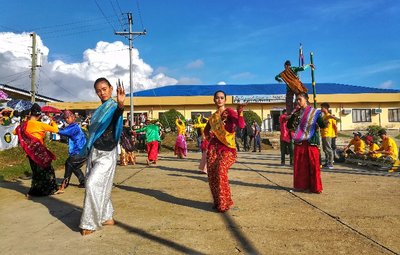 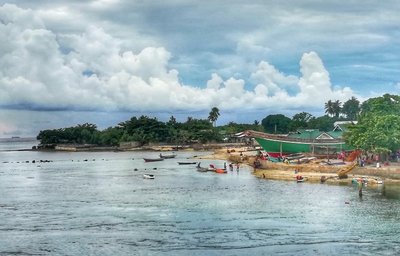 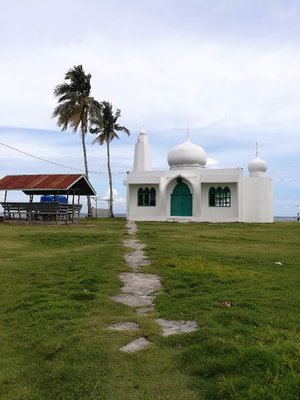 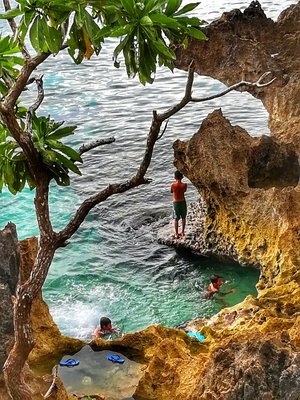 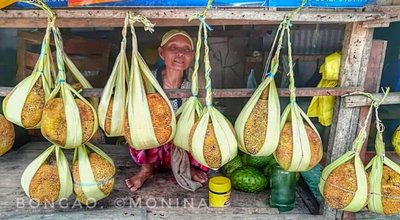 We left our hotel a quarter before 6:00 a.m. to climb Bud Bongao, Tawi-Tawi's prayer mountain and considered to be a must climb for all locals. It has a well-established path up and the 3,000+++ steps are a mix of concrete and stone. The vegetation is lush and at some points the trees form a canopy above the hikers' heads. We bought bananas from the public market the day before so we can have something for the monkeys.

It is said that you are not a true local if you haven't been to the peak of Bud Bongao. It is a tradition for residents to take the new addition to their families up to the peak of Bud Bongao. A lot of locals climb the Bud early in the morning to pray in the shrines located at the peak. They usually bring packed lunch and stay to relax among the trees and on the Rest Area overlooking Bongao town and the waters surrounding the island. 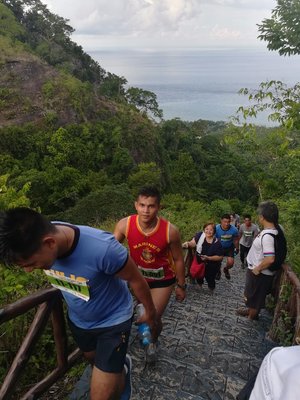 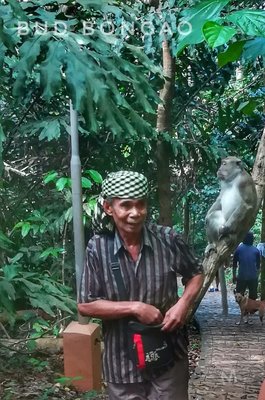 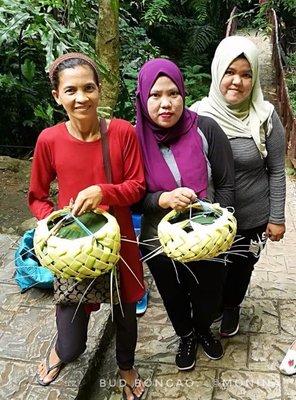 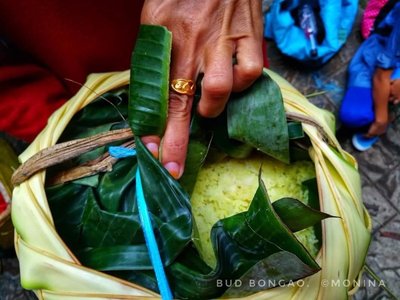 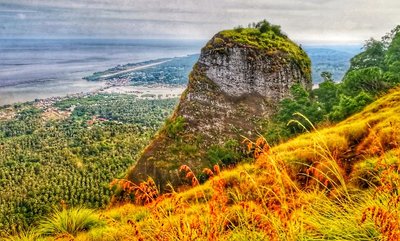 3. STEP ON THE COUNTRY'S LONGEST SANDBAR

We had a grand time going around town and taking photographs of places that piqued our interest. Panampangan (purported to the the longest sandbar in the Philippines) was a revelation. I only wished we could have stayed longer to explore. Sadly there is no overnight accommodation available on the island. 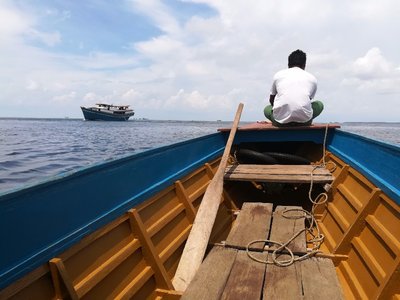 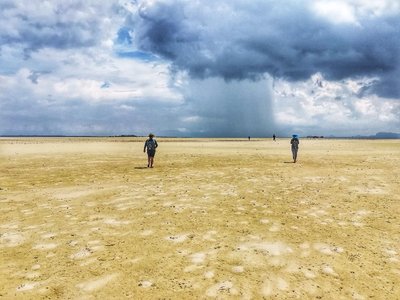 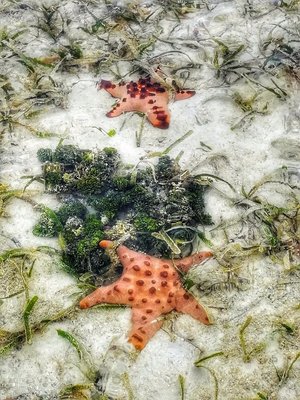 At the end of the 2 nights and three days Bongao Trip I accomplished everything I set out to do and learned a lot about Bongao and its people!!! I only wish I could spend more time there. I know that I barely scraped the surface of what Tawi-Tawi has to offer visitors. But this means that I have to make another plan to visit it again. 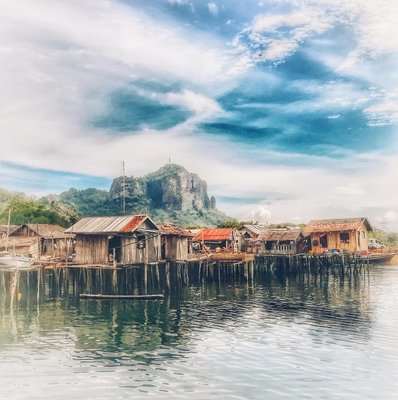 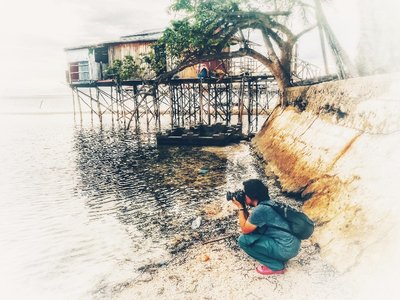 HOW TO GET TO/FROM/AROUND BONGAO

There are no direct flights to Bongao from Manila right now. So from Manila you'll have take a plane to Zamboanga City then take another flight to Bongao. Upon arrival at the Bongao Airport, you can take a tricycle to the town center. Some hotels have airport service but you'll have to pay extra.

On Bongao, I found that riding a tricycle is good enough to get around the town. But if you plan to visit some more interesting places you can either rent a car or jeepney to take you around. Renting a vehicle there is kinda pricey due to the cost of fuel. 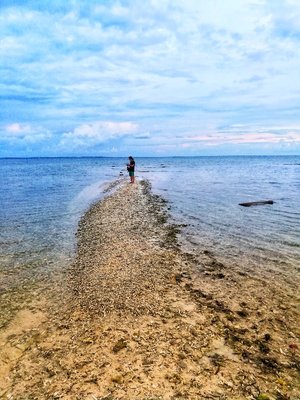 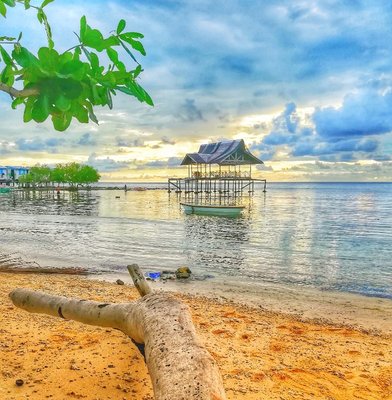 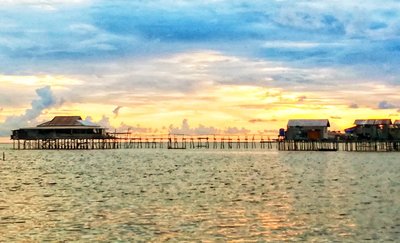 T H E P L A N
(We actually did not have one!
OR
We did have sort of one but it was so flexible that you can call it a contortionist instead of a plan 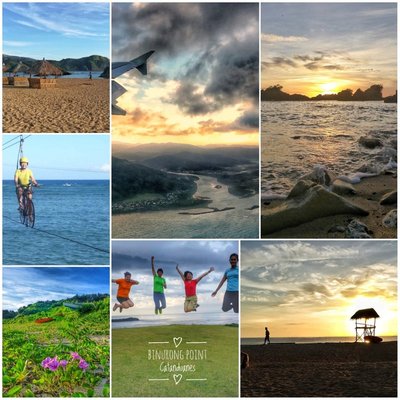 It has been a long time since I traveled with old Virtual Tourist friends so this trip to Catanduanes is doubly special. Judith booked our accommodation through Agoda. We took public transport for most of this trip which worked just fine for us. 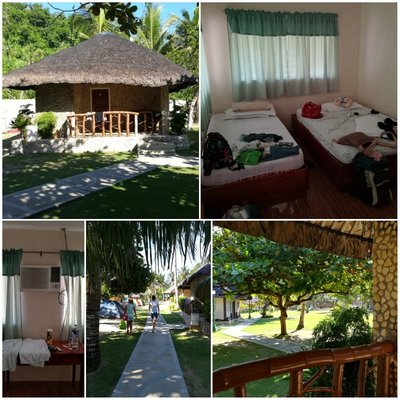 My friend Cyndy and I flew from Manila via Cebu Pacific arriving in Virac early in the morning. We were met at the airport by the staff of Twin Rock Beach Resort in Igang, Virac.

Upon arrival at the resort, we were not able to go to our rooms as we arrived too early in the day. So we went to the resort restaurant and had a late breakfast while waiting for our rooms to be readied for occupancy. The staff in the restaurant were accommodating and gave quick service. They were also very warm and quite open to the guests. After breakfast we took a stroll around the resort and ended up sitting on the hammocks hung on the trees along the beachfront until we were told that our rooms were available.

We were so captivated by Twin Rocks that we decided to stay for another night instead of going on the road after a night's stay in the resort.

We stayed to take advantage of the clean, cream colored sand beach, the zipline and zipbike. 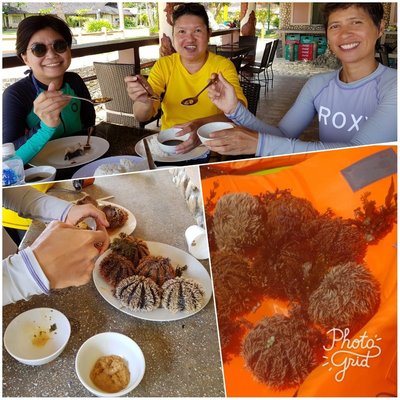 As we explored the shallows during low tide, Cyndy and I met some fisherfolk and we asked them if we can buy their catch. But they seemed to be reluctant to talk to us , so we just whiled our time climbing around the rock formations while a couple of our friends body surfed beyond the twin rocks.

We found out that there were sea urchins and we harvested 6 pieces for lunch. My friend Judith prepared the sea urchin and asked the staff at the restaurant if we can borrow some utensils and if we can have some calamansi and soy sauce. The uni was fresh and rich tasting and we had it for lunch together with the other dishes we ordered at the restaurant!

Twin Rock is popular to both locals and balikbayans. It is almost always fully booked so if you plan to stay there, you better book ahead.

After 2 days in Twin Rocks, we decided to go to Puraran Surf in Baras and Binurong Point. Getting to Puraran was an adventure in itself!

We managed to catch what turned out to be the last jeepney to Baras which was already full so Judith and I had to ride the topload and in the process met some interesting women from Baras. Independent, strong women who obviously had not had easy lives. They were curious about us and when they learned what we were up to, had a host of suggestions and one even invited us to stay at her house! When we got to Baras Town we took a tricycle to Puraran Surf which is about 30 minutes from town.

The owner of Puraran Surf was a very nice lady who told me stories of her childhood in Puraran and how she established her business. She still remains active despite her years and seems to maintain an interest of everything around her. I hope to be like her when i get to be her age.

Sunset and sunrise in Puraran are dramatic and the surf is long. A lot of surfers seem to decide to prolong their stay once they get to the place. The food they serve is simple and use fresh ingredients. Our cottage is very basic and does not have a/c but it is clean and we were provided mosquito net. 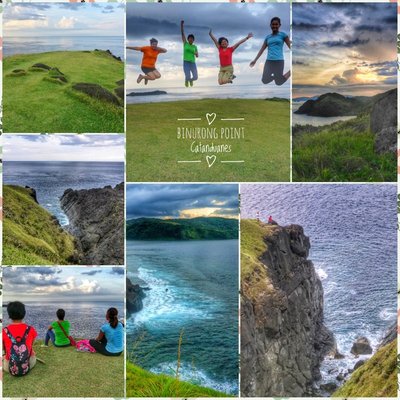 The resort contacted a tricycle for us so we can visit Binurong Point which is somewhat like a wilder cousin of Malboro Hills in Batanes. Binurong can be hiked easily from the jump off point. It took us about 20 minutes to get to the ridge passing through a little forest with interesting flora. Sunset is dramatic in Binurong but some people prefer to go there at sunrise to get good photos.

Here are some of the details regarding the cost I incurred for this trip. I hope this will help you when you plan for your own Catanduanes adventure.

I know I've barely scratched the surface of the marvel that is Catanduanes... At the moment there are some nebulous plans of going back there in summer of 2018.

Catanduanes is one place that merits some slow time... for exploration and just being in the moment. <3